Lee Veal draws on over thirty years experience in the healing arts. Originally trained as a chiropractor with a focus in cranial sacral, he also explored a variety of movement therapies, in part, to heal his own injuries. His interest in working with parents and children of all ages grows out of his work as an educator and from decades of working with babies. His unique approach integrates cranial sacral with therapeutic pilates, contact improvisation, meditation, and internal arts. Lee draws from these various movement vocabularies, allowing people a greater freedom of movement in their daily lives. Learning simple movements from a whole systems approach allows people to encounter themselves as multidimensional, holographic portals to the entire cosmos.

After graduating from University of Texas at Austin with a degree in Biochemistry in 1976, Lee began to study Sanskrit and meditation. He was introduced to the Natural Hygiene movement and the art of fasting, and learned to use Food as Medicine. He also ran a K-12 community cooperative school where he was the principal, head of the math and science department, and developer of the Board of Education-approved curriculum. He earned a black belt in tae kwon do and, while living in a spiritual community, cared for infants in its nursery.

In 1986 he graduated from Cleveland Chiropractic College in Kansas City. During this time, he received treatment and worked alongside a cranial osteopath and developed a cranial curriculum concurrent to his studies in Chiropractic College. In 1988, he established his private practice, working entirely from a cranial perspective, participating in the first integrated healing center in Kansas City. Practicing alongside an MD, an acupuncturist, a Feldenkreis therapist, and a rolfer, set a signature of networking within a community of practitioners. During this time, he integrated several strands into the fabric of his approach, studying Yoga, Contact Improvisation, Tai Qi, Qi Gong and Thai Massage. Lee draws from these traditions to use in his practice, which has greatly influenced the way he now works with babies and children of all ages.

Lee continues his internal arts training. Having studied with three Qigong Masters from China, he finds Qi Gong essential to his own personal healing recovery and therapeutic perspective. Intriqued with the dialogue of pilates and Qi Gong within a healing context, Lee opened his own movement studio in 2002. Developing curriculum to train instructors from a bio-mechanically sound paradigm, he created a unique interactive manipulation and movement practice. In 2006, Lee changed course to devote more time to research and development and to teaching Cranial work to parents and their babies. 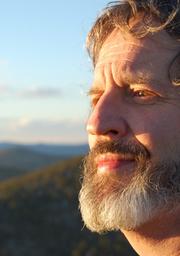 If you are having an issue enrolling below CLICK HERE.